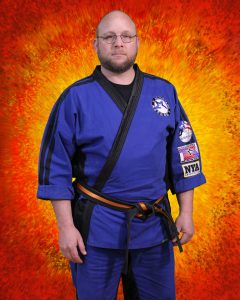 I am a 1st Dan Shotokan Karate and a Veteran Instructor for ACTIVSTARS since 2012. I received my Black Belt through the ACTIVSTARS program in 2010, under the most capable tutelage of Kyoshi Ray Wright.

In addition to Shotokan Karate, I have also studied Xing Yi Chuan and Tai Chi Chuan through an unaffiliated dojo.

I am currently training for my 2nd Dan.